Learning about variables with digital cameras

Below you'll find a couple of the projects from the Online Science Fair that took place in my classroom this past spring (2007). They are actual photos that students took to show what the variables were in their experiments.

Question: My question is, when you drop a 3 ounce ball from 4 inches above, does a spoon fling a marble higher if the leverage is smaller?

Hypothesis: I think that if the lever is smaller then the marble will fly higher.

Variable: My variable is the different notches on the spoon.

Results: My results were that if the lever is closer to the end of the spoon, the marble will fly higher.

This is a great experiment on the position of the fulcrum of a lever and the lever's resulting strength. Since we did not study levers this year, this student never learned the associated vocabulary. But with this simple photo, he has illustrated his variable. 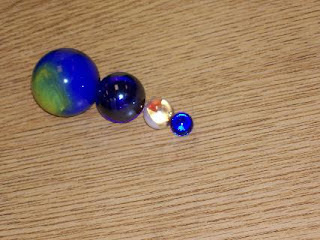 Question: Does the size of a marble affect how fast it sinks?

Hypothesis: If the marble is smaller, then it will sink faster.

Results: I leared that the more mass an object has, the faster it will sink. The big marble had more mass, so it sank faster.


Once again, a great experiment where the student has learned about something that we did not study in class this year. Also once again, this simple photo has illustrated his variable.

Looking at these photos, I realize how much they will help me next year. I can easily use the marble photo to teach variables. Imagine the following problem: 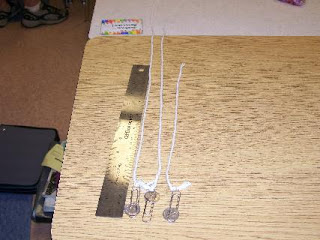 More on digital photos: Future of Math: Digital Images and Digital Cameras in the Classroom.