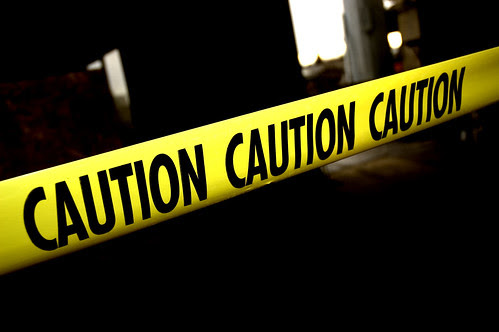 I've often written in this blog about how I think Flickr is a great tool for the classroom. About a year ago I took part in an interview for an article in Edutopia called My Friend Flickr. I did a complete about-face in the article, stating:
"I read on other teacher blogs that Flickr is really good for the classroom, and I think, 'No way,'" "It's open to anybody, and, because of that, you've got to assume people will put stuff there that will be offensive."

I intended to write a blog entry about it at the time but never got around to it. Well, the other night I was looking for some images on Flickr for a slide show I'm putting together and was astounded by some of the photos that I came across. I decided it was time to write that blog entry.

First of all, let me say that I love Flickr. It's free and has millions of photos that teachers can find for classroom use. I have 132 items in my photostream. However, there is NO WAY I would ever have my students use Flickr. Even the most innocent of searches can reveal some racy photos that would have me in hot water with parents and administration. And don't think for one second that the safesearch feature filters them out. For example, here is a search using the keyword teacher with safesearch turned on. Scroll down the page and see if there is anything that may be offensive to your average middle school student (the level I teach).

Now many folks would say that when students happen on offensive material, it is the teacher's job to turn the situation into a learning opportunity for kids. I agree, but only if they come across this material when doing a search of the web, not when they are using a site that the teacher has directed them to. If I have my kids search for photos on Flickr, knowing what they could come across, then I'll have a hard time defending myself if they do come across something offensive. So as much as I love sites like Flickr, I just think the risk of using it outweighs the benefits.

Thanks James for an excellent post. Very useful information. I had a similar experience when I tried to set up a banner widget on a page that would stream photos from Flickr. No matter what tag I used, inappropriate and unrelated photos would show up. It's only a matter of time before districts start blocking the site, as they do YouTube.

So my question is: What alternatives are there? So far, TeacherTube and VoiceThread have self-policing, where inappropriate material gets bumped. I use them a lot.

For some reason Flickr was blocked at my school all year until the last few weeks of school.

I was actually using it in school (not with my students) and there was inappropriate material getting past the filters!

Thank you for reminding us to be cautious when using the Internet with our students. There are so many great tools available for educators, but there are bad things that can leak through as well.

Here are some posts I put a while ago about other digital images sites:

A Great Resource for Digital Images

One of my fellow teachers turned me on to Flickr this past school year. She was using it with her 6th grade Literature class. I began to play around with it and found many uses in my 6th grade math classroom too. Your ideas will help me to continue to broaden how I use Flickr in my classroom - thanks!