Everything Bad is Good for You 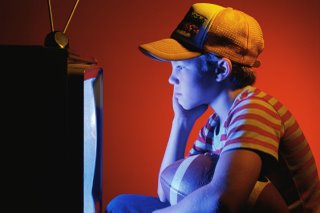 Is this a common scene in your house? Or, instead of a football, does your child have a game controller in his hands? Well, it turns out that these scenes may not be as detrimental to your child's mind as you think.

, where he asserts the belief that video games, television shows, and other forms of popular entertainment are actually making us smarter. In it, Johnson describes video games that require "probing" and "telescoping" to solve problems and advance through various levels of the game. He also compares modern television shows like 24 to shows of yesterday like Hill Street Blues to demonstrate the complexity of today's TV programming.

All in all, he convinced me that I needed to see for myself just how challenging television has become. I do watch some television, but I have never seen even an episode of the shows he describes in his book (with the exception of Seinfeld). One of these was The West Wing, created by Aaron Sorkin. When I found out that Sorkin would have a new show on this fall, Studio 60, I figured this was my opportunity to see just how challenging television really has become.

I was afraid to breathe throughout the entire first episode, afraid that if I did, I may become distracted and miss something important. I was glued to the television for the entire hour, trying to keep track of the action on screen, off the screen, and what had happened on the screen before the show started.

The show is now going into its fourth week and I have yet to miss an episode. I can't wait to experiment with video games. This test, however, will take place in my classroom. More on that later.